The current BTS Committee is made up of the following people

Peter is the longest serving committee member of the BTS, and also the longest standing BTS member on the committee.  He specialises in the genus Poecilotheria and the author of several papers.  His role is to steer the BTS and to ensure it remains at the forefront of the hobby.

Ray has served the BTS for over twenty years and during that time has organised the highly successfull BTS Exhibition with wife Angela.  Until recently they have administrated the BTS membership and remain committed to the hobby and the society.  His passion  for the Asian tarantulas of the genus Haplopelma and Selenocosmia has led himself and Angela to travel to South East Asia many times.

Angela has held the postion of BTS Secretary for many years and continues to promote the society at events throughout the country.  She is known as “Tarangela” by her colleagues and specialises in the South American species of tarantula.  She has been keeping and breeding tarantulas for over thirty years.

Stuart is a biologist with a PhD in genetics.  He carries the role of treasurer and it his job to ensure that the BTS administrates its funds accordingly.  He is currently Honorary Research Associate at Oxford Museum of Natural History and began keeping tarantulas in about 1993.

Mark has been with the BTS for many years and runs the BTS Website. He was instrumental in making the BTS the first tarantula society in the world to have its own web presence.  He continues to strive to keep the BTS at the forefront of the web.  Mark has lead many expeditions to Malaysia ,Sarawak and Sabah and is the co discoverer of a new species 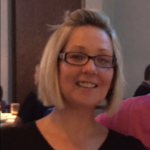 Although Kim organises the successful BTS Lectures that are held in Bristol each year.  The lectures are an opportunity to listen to and meet some of the worlds leading arachnologists in a social and informal weekend. The premier event of its kinds

TV’s Martin Nicholas as he is known to the BTS has the unenviable role of PR.  He is often contacted by the media when a potential tarantula story breaks. 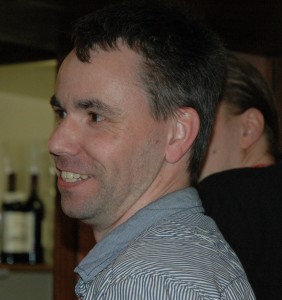 As European coordinator Eddy visits many trade fairs and promotes the BTS. With many European members Eddy’s role is vital in maintaining contact with our European counterparts

Committee members
Ray Gabriel
Ray have been in the hobby for as long as we can remember, he is the author and co author of many taxonomic papers
Annie Coltham

Jon-Paul Lamoureux
A long time supporter of the society and once a Committee member in the early days, he is now returned to the fold.
Sammie Hornsby
Amy Freeman
Amy is a prolific YouTube and has her own channel, we welcome her on the committee I’m sure you’ll be hearing a lot from Amy. 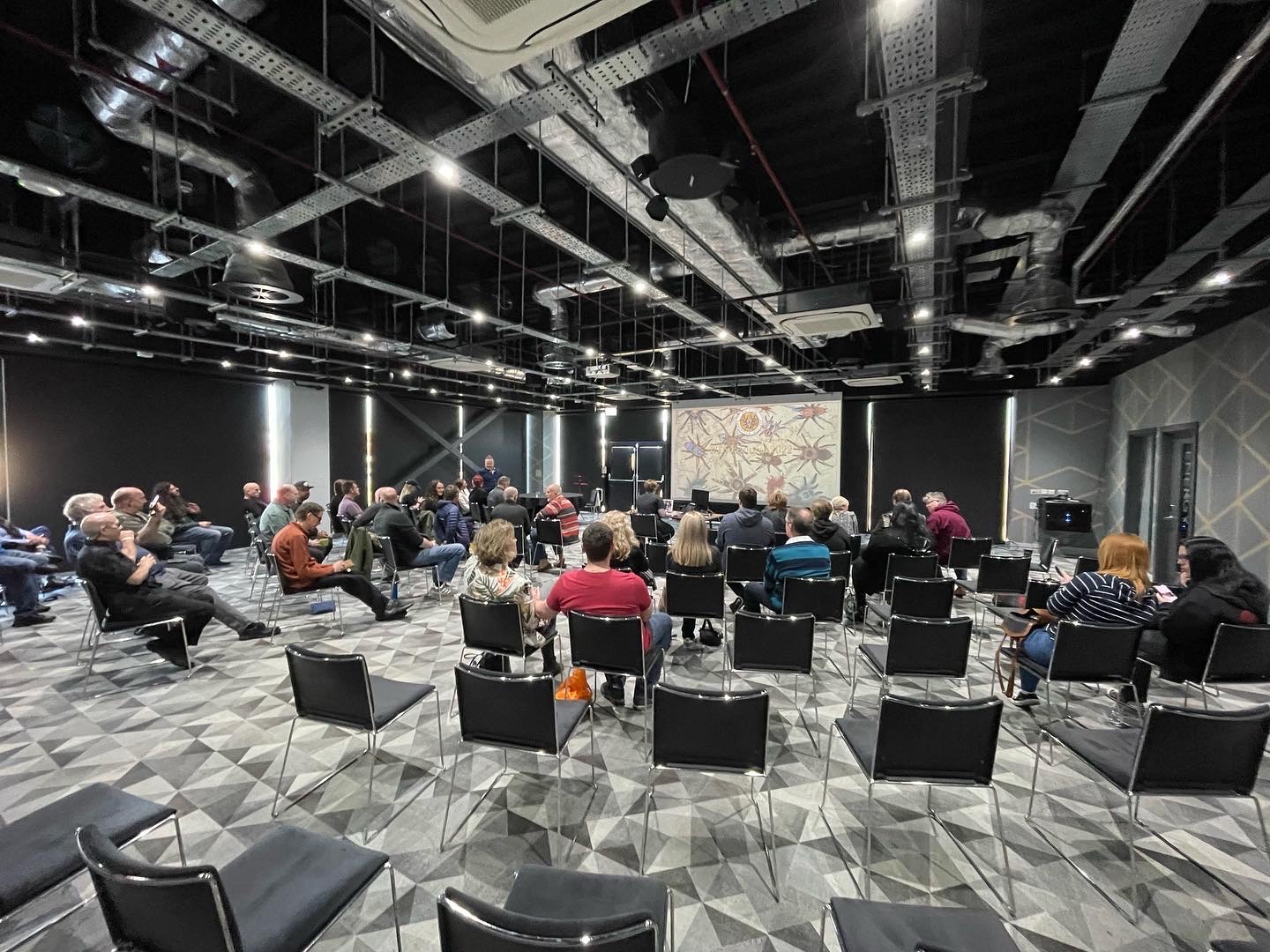 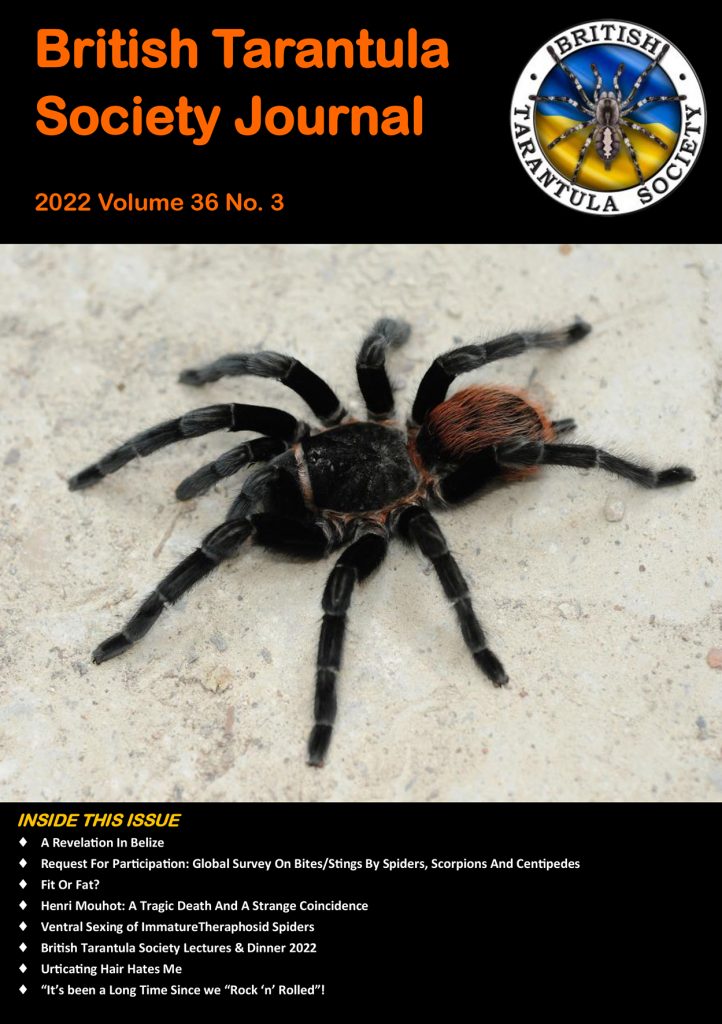 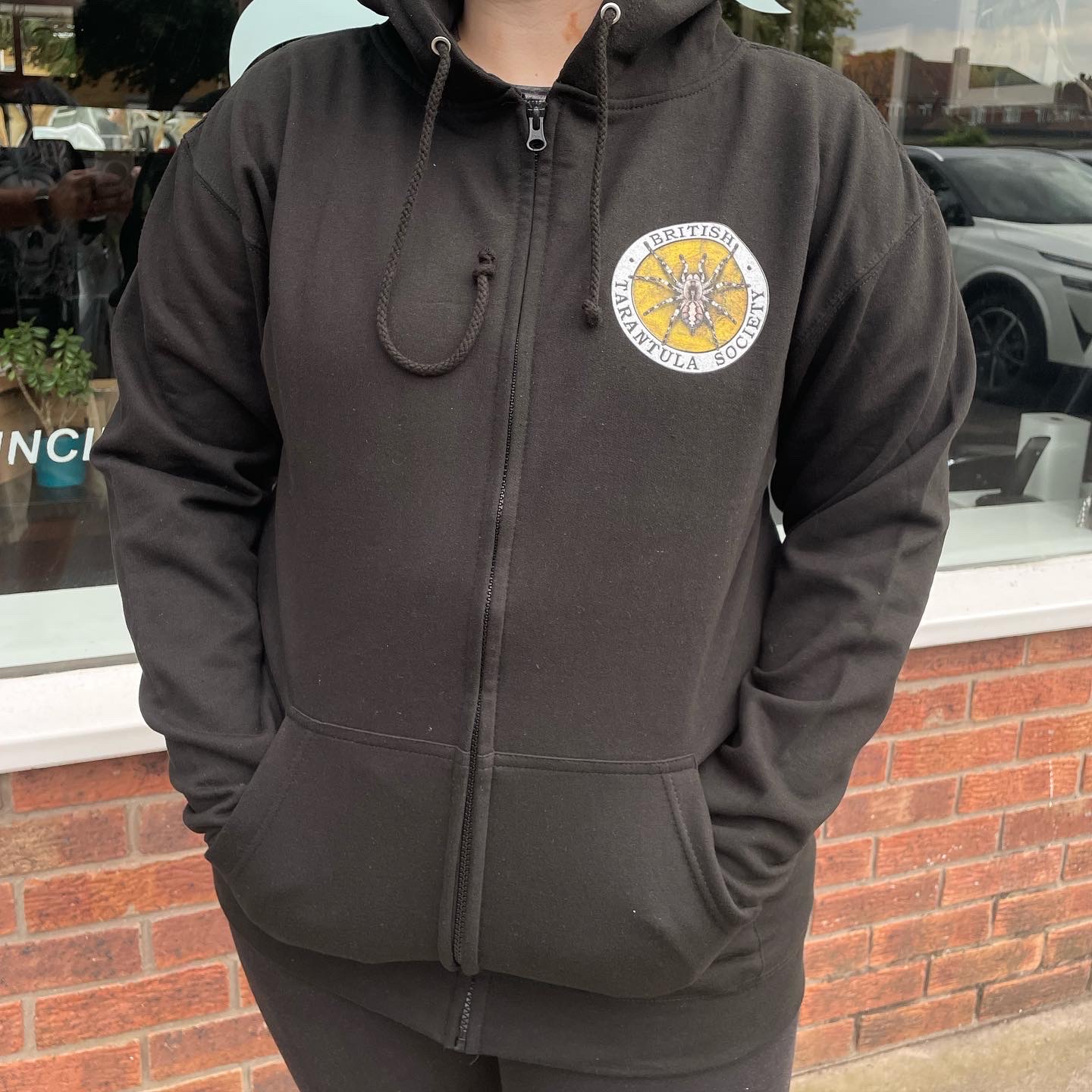