How do you know if a female is receptive to the male?

If the female drums her palp’s and/or front legs when she perceives the male in her tank you can be certain she is receptive.  If you like, you can place the male in a ‘shark cage’ (a small plastic box with large leg holes in the side).  This way you can see if the female is receptive with minimal risk to the male.

If the female rushes out of her retreat (as she does when fed), she has either not recognized the male or might not be receptive in which case she might kill the male.  If she does not calm down remove the male.  Feed the female well and try again in a week or so’s time.

If the female has not moulted for a while, it might not be worth risking a mating.  She would probably moult soon after mating in which case she would no longer have any stored sperm (and wouldn’t be able to produce a fertile egg sac).

Can I feed a female who has got an egg sac?

Yes, but only if she has not sealed herself into her retreat.  Don’t put too many crickets in at once (max 2) otherwise she might stress and possible consume the egg sac.  Remove any crickets which are not eaten within a day.  Avoid unnecessary disturbance (i.e. don’t feed as often as you would normally).

When are the spiderlings ready to remove? 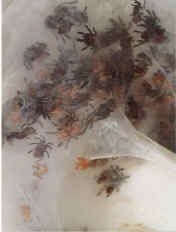 It is usual to wait until the postembryoes (also known as nymphs) have moulted into mobile spiderlings, before they are removed (see photo).  When capturing spiderlings, ensure the mother is removed her from the tank (females can be very defensive over their young).  If you leave the spiderlings in with the female they will eventually disperse en masse and you’ll have a job capturing them all, particularly if they manage to get out of the mother’s tank.

Many breeders separate the female from the egg sac before it has hatched.  This eliminates the risk of the mother consuming the egg sac, but also involves more attention by the keeper – “mother usually knows best.” 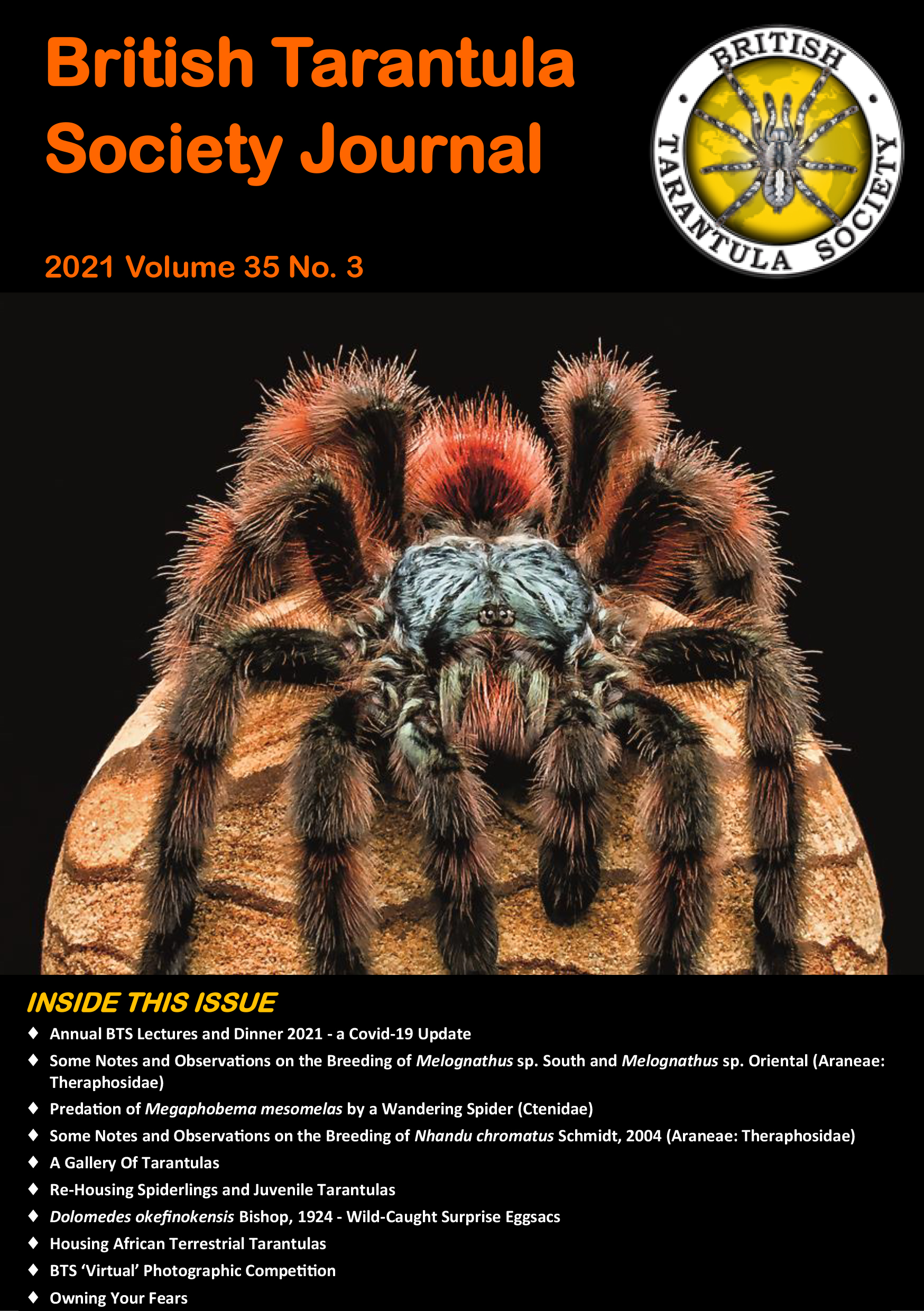